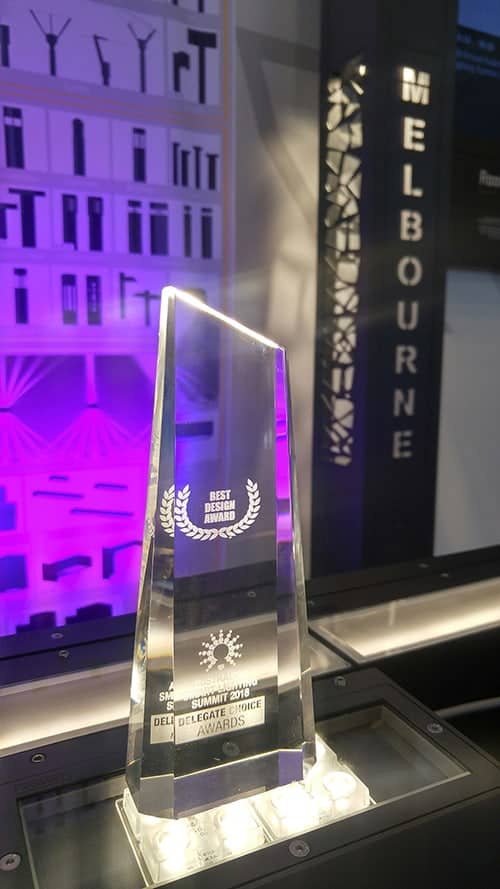 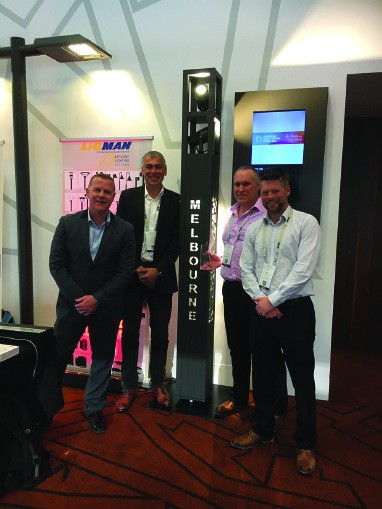 Not only did LIGMAN and our exclusive Australia distributer; Efficient Lighting Systems (ELS), have a very enjoyable time meeting many new clients and designers at what was a highly successful event, we walked away with an award too! LIGMAN’s Vancouver Decorative range won the Delegates Design Choice Award, one of only two awards given out at the event.

The flexibility and ability for bespoke arrangements for Vancouver was demonstrated by showcasing a laser-cut Melbourne panel to honour the host city for the Summit. Prior to the event the ELS team won many more public admirers too, when they took the column around the city and photographed it against typical Melbourne views.

LIGMAN’s Global Design Director; Martin Valentine attended the Summit to deliver a well-received presentation challenging the lack care given to public realm lighting projects as often being poor cousins to those considering street lighting. His participation in a panel discussion shortly after raised some new aspects for the audience to consider and debate on the subject of smart lighting and cities.

Congratulations to all involved on a very successful and enjoyable event all round. 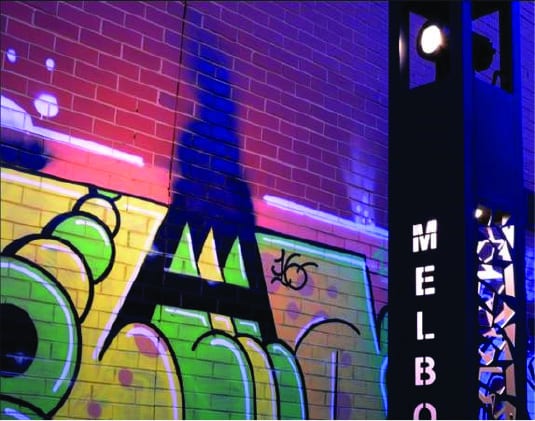 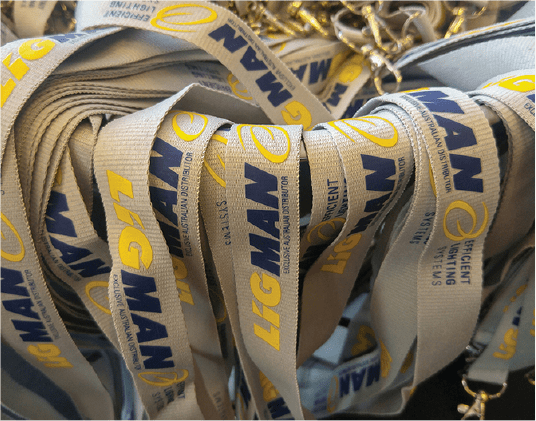 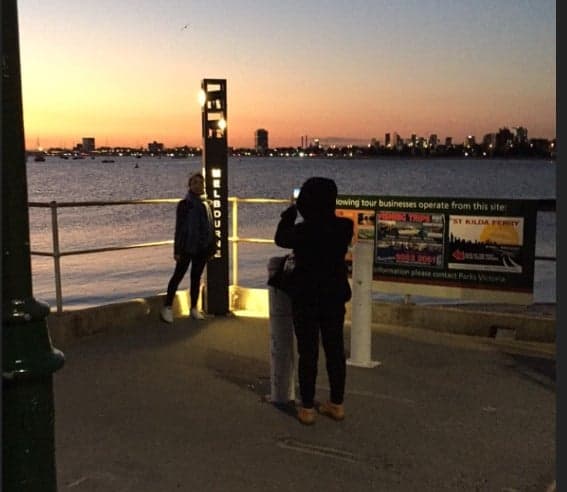 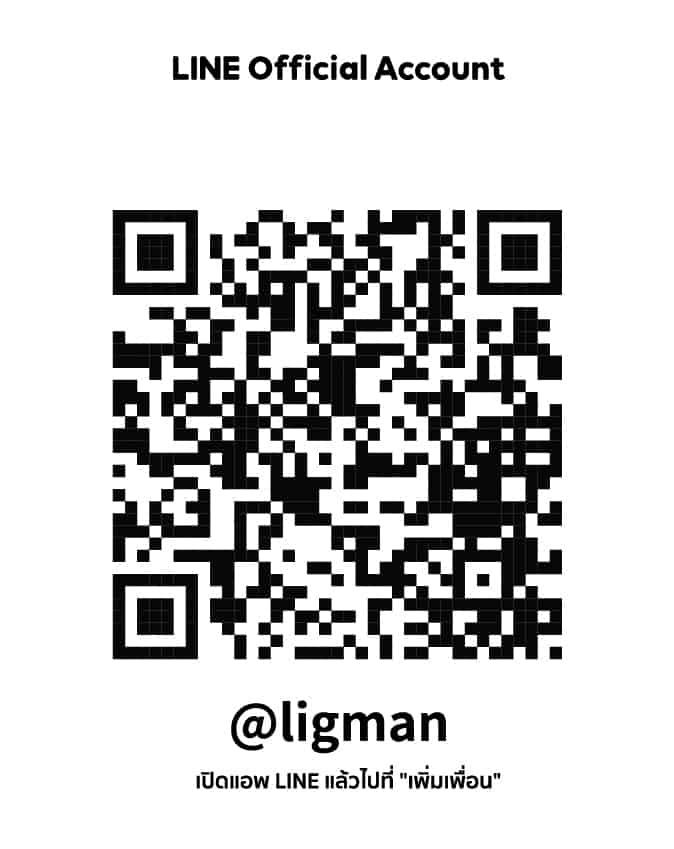